How Much FEGLI Coverage Do You Get With Concurrent Employment?

Concurrent employment, in this reference, is where a federal employee is working for and earning federal wages from more than one agency. If you’re wondering when and how this is possible, there are certain situations which make it possible.

For example, you could be temporarily be reassigned to another agency, while still being expected to do some of the work you were already doing for your original employing agency. You could be in nonpay status for a position, and be asked to serve in another capacity for the interim. 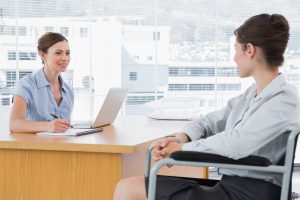 In any case, the only eligibility requirement in cases of concurrent employment is that at least one of your positions should entitle you to be enrolled in FEGLI. So the next obvious question is about the FEGLI Basic coverage amount, and which agency will pay the government contribution towards your FEGLI premiums.

In such situations, the amount of Basic insurance and Option B insurance is based on the combined salaries. As for which agency should pay the government contribution, that is based on which of the agencies is paying you a higher salary. The one which is paying more will pay the contribution.

The only exception to this rule is when you are in nonpay status at one of the agencies. In such cases, the government contribution will be paid by the agency which is still paying you a salary.